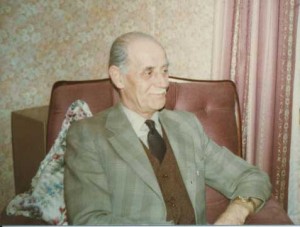 Several of the bloggers I admire (Fred Wilson and Brad Feld for example) often write about their personal lives. It’s not something I’ve done much of, but I think the occasion merits it.

Last Saturday I got a call from my Dad telling me that my Grandfather had died. He was 93.

My Grandfather was a source of inspiration for many of the things I’d like to become in life: a loving husband, father & grandfather; a successful businessman and someone that had a huge positive impact on everyone around him.

When I was a young kid, my Dad’s parents were the ones I really got excited about visiting. Many of my fondest childhood memories involve them.

I have an older brother and younger sister. From a relatively early age, one of us would get to spend a few days at my Grandparents by ourselves. Time alone with my Grandparents was simply the coolest trip imaginable. And while my Grandmother was instrumental in the adventure, Grandad was running the show.

He was born in 1915. I have a terrible memory for certain kinds of detail, but I believe his father ran a bicycle shop. He married my Grandmother in 1939 as England was being dragged in to the Second World War. Grandad served until 1941 when he was discharged due to a stomach ulcer, and in the 37+ years I’ve known him, there have always been certain things my Grandmother wouldn’t let him eat because of it.

My Grandad was a classic early adopter. At some point after the war, he and his brothers built a successful electrical wholesale business and for much of his life he was fascinated by technology. His first car was an Austin 7 and I seem to recall that he was a proud early TV owner too.

When I was younger, he shared stories about working with a local hat maker to build stereo speakers from scratch. As I became more and more involved with computers and digital technology, he used to take a great deal of delight in wrapping his head around the way things worked. He saw first hand the impact of transistors, and the idea that millions of them could be crammed onto a tiny computer chip fascinated him. My first generation iPod really blew him away.

Grandad wore a suit almost every day of his life. Usually he wore a check shirt with a waistcoat and, when outside, a hat. I’ve almost never seen him wear anything else, and all the mental images I have of him look much like the photo at the beginning of this post. I took that photo when I was 12, but it is exactly how I will always remember him.

Grandad was practical and inventive. Any time we’d visit, The Shed was a key destination. The Shed was where Grandad would keep all his tools and allow us to use them. He’d patiently work with us as we annihilated some small piece of innocent balsa wood with hundreds of nails and a file, and no clear plan in mind. Once we tired of abusing the piece of wood, or it was time to leave, he would painstakingly turn whatever disaster we had created into something functional. I still have a small wooden box that started out life as a project gone horribly wrong. I’m sure my brother and sister have something similar too. Looking back at this now as a parent, the patience, love and attention he gave us is staggering.

When I went through my nerdy rock-collecting phase, he built a custom display case for all of my treasures. He also built my sister a multi-storey dolls-house from scratch, complete with working lights that outshone anything Mattel ever offered.

Another great example of his patience and skill was his ability to grow almost anything. He was an avid Gardener who rescued many an almost dead plant. From the grapevine in the greenhouse to bonsai trees in the house, he and my Grandmother had incredibly green thumbs.

For most of my childhood, he drove a vintage Rover 2000 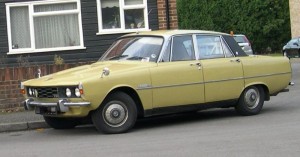 This car was unbelievably cool. The interior seats were some kind of velour (not just cloth), there was a fold-down armrest in the back seat and the whole thing felt incredibly luxurious, bordering on space age. The boot (a.k.a. the trunk for the US audience) contained all kinds of goodies, such as a folding cup, picnic blanket and carefully stowed cans of coke for special occasions.

This was the car that survived the Baboons at Woburn Safari Park. As I recall, some kind of large Cat (a Leopard or Cheetah) had stopped in front of us, and a variety of monkey-like creatures took the opportunity to try and pull the windshield wipers off…

As you can imagine, for a young kid that’s a sequence of events that has staying power.

Grandad was always full of silly songs, funny faces and kind smiles. He also had a secret candy tin that, if you were good, you would be able to choose up to three sweets from…

He was also fascinated by animation. During the 60’s & 70’s he created a number of stop-motion short films, along with numerous family films. Again, his patience, inventiveness and attention to detail shine through – I still enjoy watching them today. As a kid, they were enthralling. There’s something a lot more magical about setting up a Super8 projector and screen, closing the curtains and threading film than simply dropping a DVD in a DVD player and hitting play.

When I worked in animation, he was quite curious about the tools we used and how things worked. When one of the projects I worked on aired on the BBC, he video taped it just so he could pause the show and find my name in the credits.

Since I moved to the USA, it’s been harder to really keep in touch. My default inclination is to pick up the phone and chat, but my Grandparents don’t really do long chats on the phone – partially because of generational differences and partly because they see it as terribly expensive. And unfortunately I am truly lousy at remembering to take the time to write a letter.

As the millennium approached, he started to slow down. His health took a turn for the worse when he banged his head during a fall, which lead to an aneurysm. Amazingly, he recovered from brain surgery at 80+ years old, and continued to live with my Grandmother in the house they’ve been in since the 70’s.

I spoke to him just over a week ago on his 93rd birthday. He was concerned with the weather and state of the world in general, but otherwise doing well.

One of the curses of being English is that there are certain things that don’t get talked about. But having been in the US for quite some time now, I’ve been working on throwing off those shackles. And as I’ve gotten older, I’ve begun to appreciate that for some things there really is no time like the present.

I hope my Grandfather knew that I loved and admired him, and that he was one of the bigger influences in my life. I never managed to tell him that directly, although I tried several times.

In honour of his memory, I’d encourage anyone reading this to reach out and talk to the people that are important to you. Even at 93 years, life is still short.

3 comments for “In Honour of My Grandfather…”